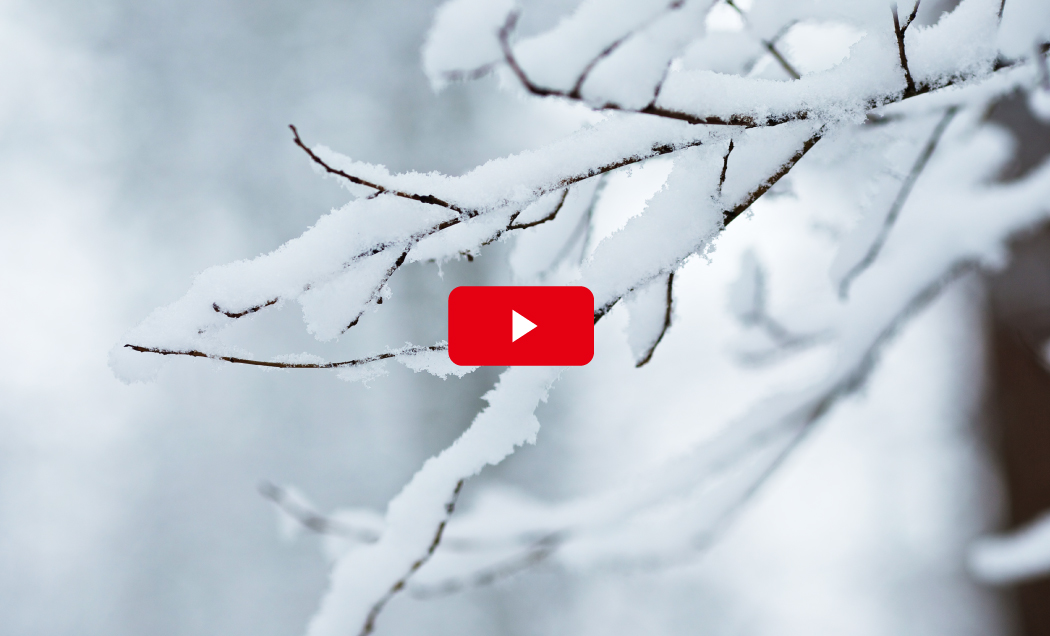 The Forest in Winter

The bare forest is blanketed in snow beginning in late December or early January. Icy
winds known as the Nasu Oroshi blow down from the northwest, giving Nasu a colder
winter climate than Tokyo to the south. Snowfall in the area is moderate, with an
average accumulation between 20 and 30 centimeters, but this is more than enough to
turn the forest into a glittering snowscape.

Black bears hibernate during the winter, but winter is also the season when their cubs
are born and lie sheltered in the den until spring. Wild boar, which did not previously
inhabit the forest, have been sighted in recent years. Viewed as detrimental to the
ecosystem, they damage plants as they dig up the ground looking for insects.

The forest floor is densely covered with two varieties of bamboo grass from different
climatic zones. Miyakozasa is usually found on the Pacific coast of Japan in areas
with less than 50 centimeters of snow, and the leaves’ undersides are covered in fine
hair. Chishimazasa, common to the snowy Sea of Japan coast, has a highly pliable
stalk that will not break under heavy snow.

In February, the somber forest begins to reverberate with the sounds of woodpeckers
drumming on tree trunks. Actual nestbuilding takes place months later, but already the
birds are staking out territories and attracting mates. Four species of woodpecker—the
Japanese pygmy woodpecker, great spotted woodpecker, Japanese green woodpecker,
and white-backed woodpecker—inhabit Nasu Heisei-no-mori Forest year-round. The
pygmy woodpecker is found in urban parks and forests in Japan, but the other three
are more reclusive and breed deep within natural forests.