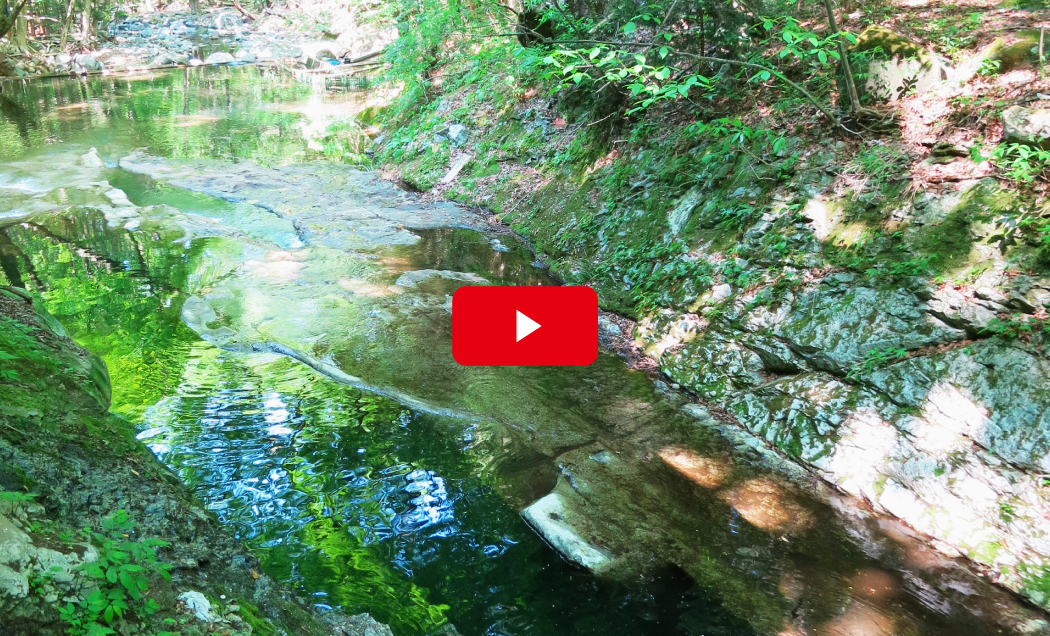 The Forest in Summer

Summer is breeding season for many animals in Nasu Heisei-no-mori Forest. When
not seeking a mate, black bears occupy themselves by feeding on ants, bee larvae,
wild cherries, and herbs. It is also mating time for the forest birds, and the treetops
echo with the calls of Japanese thrushes, Japanese grosbeaks, ashy minivets, and other
birds establishing their nests. Tiny dormice spend the daylight hours curled up in
holes in trees, but at night they become active, eating insect larvae, nuts, and their
favorite treat: nectar from the many flowers in bloom.

From early July through August, the forest echoes with the shrill buzzing of ezozemi,
a large cicada with a striking gold-and-black pattern on its back. Huge golden-ringed
dragonflies—82 to 114 millimeters long, the largest type native to East Asia—flit
through the forest between August and early September.

Several unusual flowers bloom during the summer months. The frail and fascinating
ginryōsō (Monotropastrum humile) is found in forests with little human interaction.
Blossoming between late May and late June, this ghostly white plant lacks
chlorophyll, and instead gains its nutrients from symbiotic fungi. From June through
July, the toxic kobaikeisō (Veratrum stamineum) produces white flowers that cause
cramps and vomiting when eaten by humans. The ezoajisai, a variety of mountain
hydrangea found only in Japan, blooms in mid-July, and the purple flowers of deathly
toxic monkshood (torikabuto) bloom in August and September.

The forest is home to the Japanese fire belly newt, Japanese skink, and Japanese grass
lizard, all of which are endemic species, found only in Japan. The montane brown
frog and Tago’s brown frog, also endemic, are common in Nasu. These amphibians
frequently fall prey to a venomous—but very shy—serpent known as the tiger
keelback.