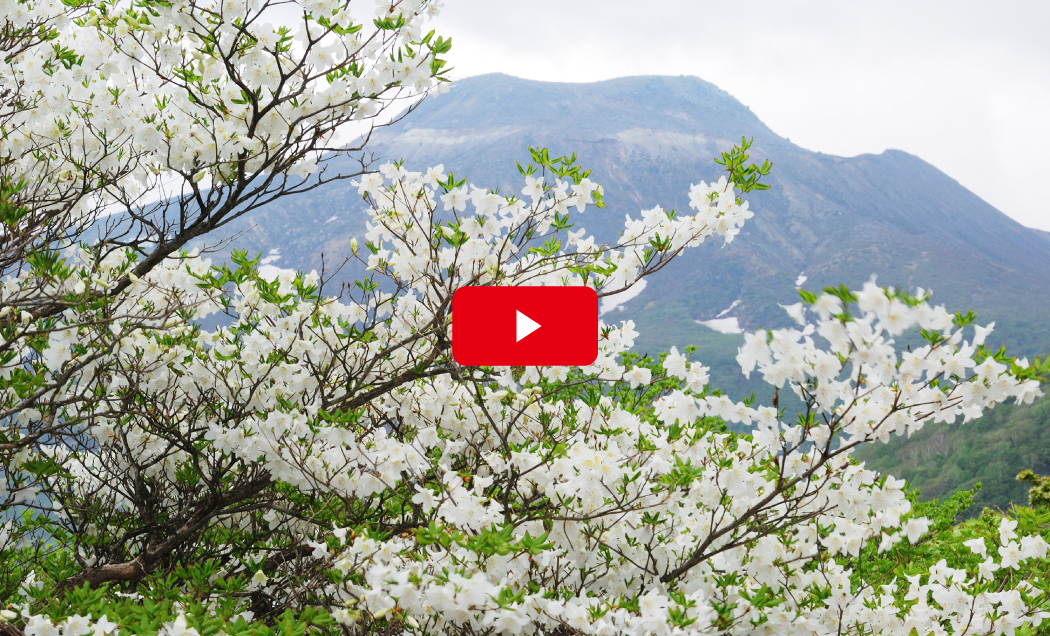 The Forest in Spring

When spring arrives, the animals of Nasu Heisei-no-mori Forest wake from
hibernation and emerge into the melting snow. Dormice, badgers, and black bears
begin foraging for food, but there is little for them to find until mid-April, when
tender beech leaves and new shoots of bamboo grass appear. These provide much-
needed nourishment to bears that have grown thin over the winter, particularly to
mothers with new cubs.

The majority of trees sprouting spring foliage are Jolcham oak and Japanese oak. In
late April, blooming Asian fawnlilies (katakuri) cover the forest floor on the slopes of
the Yosasa River, near the Seishintei Shelter. The delicate white flowers of Oriental
photinia (kamatsuka), a member of the rose family that grows up to 7 meters tall,
appear in the forest from May until June. Three species of azalea also flower at this
time.

Many birds—such as the Japanese paradise flycatcher, Narcissus flycatcher, blue-and-
white flycatcher, ashy minivet, and Japanese thrush—migrate to the area in early
April and May, most of them from Southeast Asia. They breed in Nasu Heisei-no-
mori and remain to raise their chicks until September or October, then depart. The
forest is also a spring way-stop for birds of the waxwing family as they migrate
through the Nasu area.

Forest insects also awaken in spring. Beginning in mid-May, visitors will hear the
strident trilling of ezoharuzemi, a species of cicada that lives primarily in beech
forests.