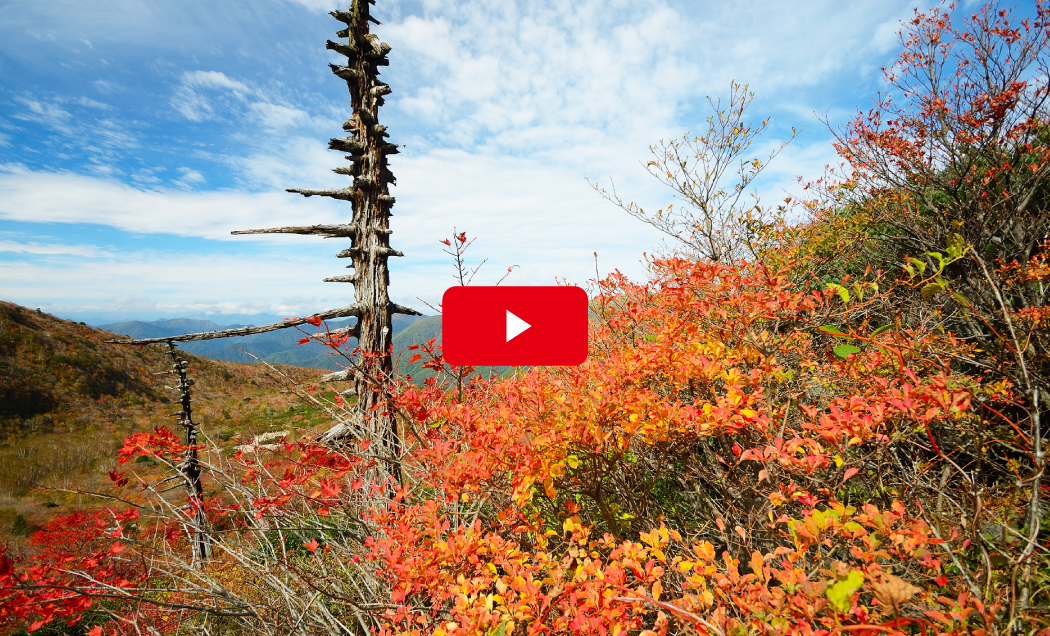 The Forest in Autumn

At Nasu Heisei-no-mori’s higher elevations, the green leaves of summer begin to fade
in early October. The trees turn red and yellow, covering the hillsides in autumn color
that will last until early November. Japanese gentian is the last plant to flower, dotting
the forest floor with indigo from late September to early October. Red berries appear
on various plants throughout the fall.

The forest’s acorns and beech nuts reach maturity in September and November. Oaks
and beeches produce at slightly different times and in different amounts each year,
usually with several lean years prior to a bumper crop. Japanese beeches, for example,
have large yields once every six to seven years. The times of scarcity help to limit the
populations of flying squirrels, bears, squirrels, and monkeys that eat the nuts, while
the sudden bounty in a fruitful year is more than the existing animal population can
consume—ensuring that some nuts and acorns will survive to put down roots.

Summer birds begin to depart in September, and one of the last to leave is the brown-
headed thrush. In mid-October, winter birds like the rustic bunting, brambling,
Eurasian siskin, and hawfinch begin to arrive from colder climes.

Asian black bears eat well during the autumn to build up fat for surviving their winter
hibernation. They feed on acorns, beech nuts, and chestnuts, as well as on the fruits of
hardy kiwi and chocolate vine. High in the trees, bear nests are a common sight. The
bears climb up and pull the branches toward them to eat the leaves and nuts, then
arrange the torn-off branches beneath them to make cushion-like seats. Once winter
sets in, they leave these aerial nests for proper dens in hollow trees and caves.
Japanese badgers, meanwhile, bore holes up to 4 meters deep for their winter nests.
Once the temperatures drop below 9ºC, dormice retreat to their snug holes and go into
hibernation.

The first snowfalls begin around mid-December.