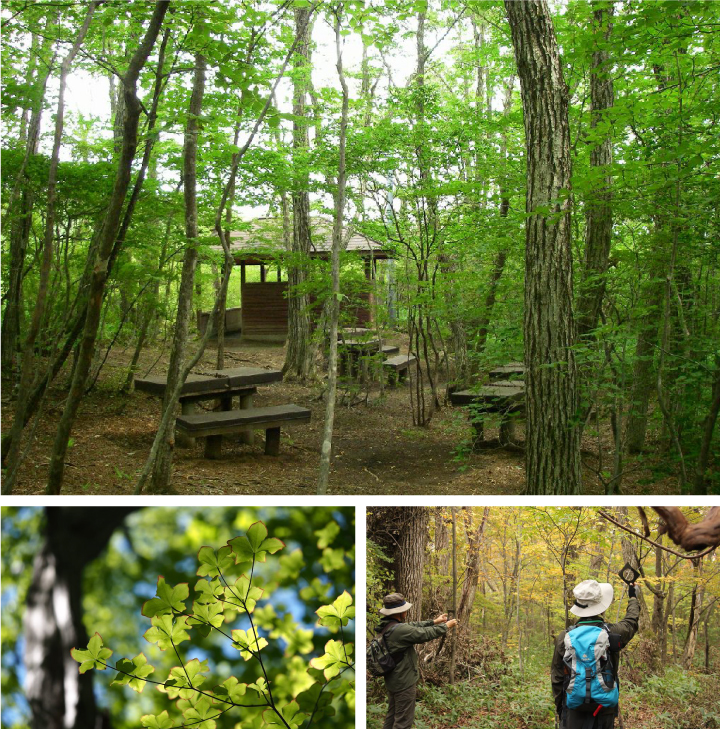 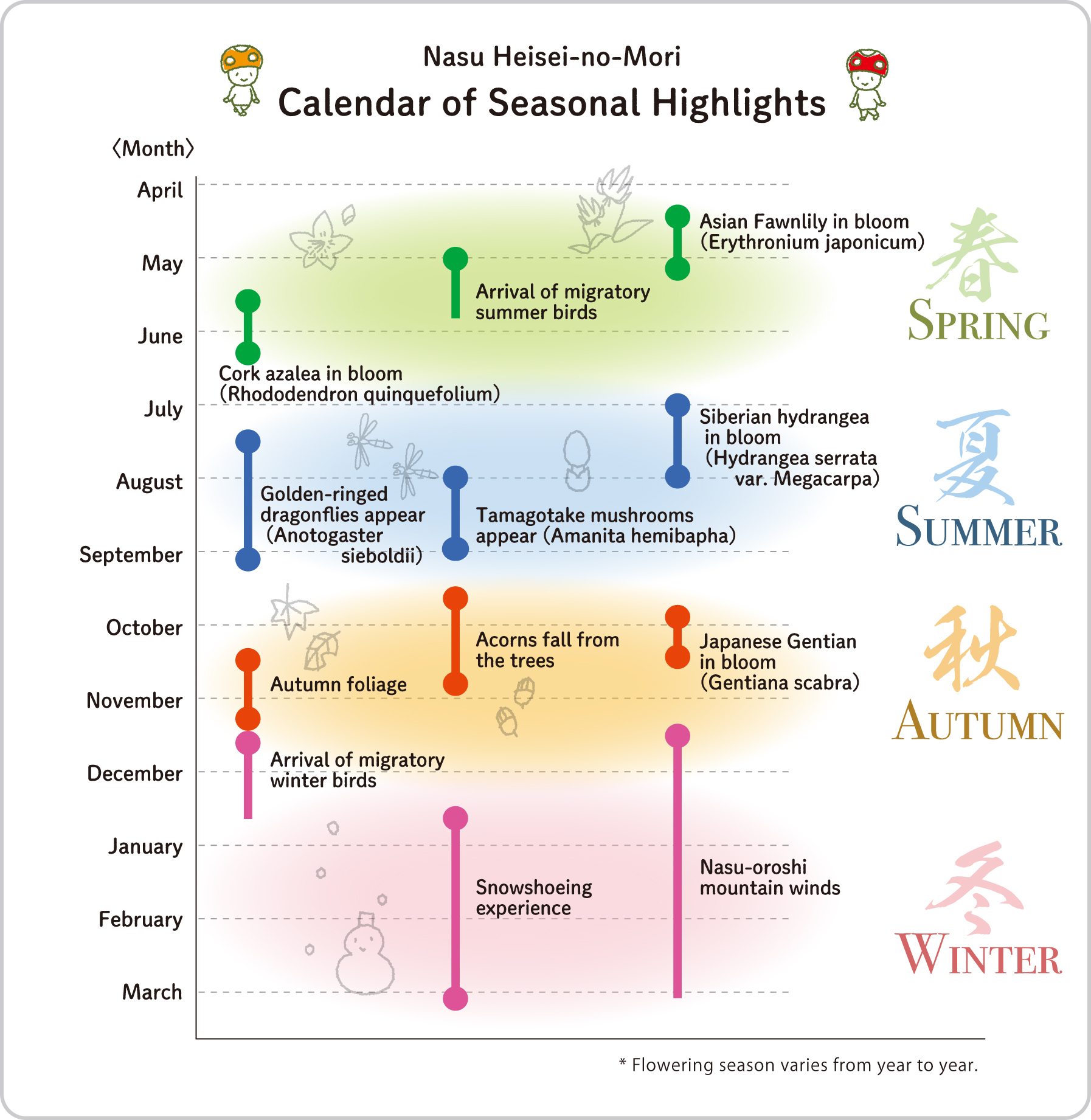 These highlights are only examples. There are many other unusual animal and plant species to encounter!
Nasu Heisei-no-Mori is a natural treasure trove.
For a limited time, you can encounter rare characters that can’t be found anywhere else!
Feel free to ask your interpreter for more information.

The Nasu Heisei-no-mori Forest is a diverse ecosystem. Between 1997 and 2001, the
Tochigi Prefectural Museum conducted a monitoring and research project that
identified 3,492 species of wildlife; 23 of these were previously unrecorded species,
and 25 were recorded in Japan for the first time. The project also found several
species classified by the Ministry of the Environment as Vulnerable (VU) or Near
Threatened (NT). Vulnerable species include the balloon flower, greater tube-nosed
bat, and spotless grass yellow (a butterfly). Species on the near-threatened list include
the Japanese dormouse, northern goshawk, and Japanese fire belly newt.

After the Nasu Heisei-no-mori Forest was established in 2011, the beech forest by the
Yosasa River was selected as part of the Ministry of the Environment’s Monitoring
Site 1000 project, which observes environmental changes and aims to develop
conservation measures. Other current research includes creating an inventory of plants
and animals in the forest, recording their populations and conditions, and assessing
the water quality of the Yosasa and Shirato Rivers. Small, roped-off areas indicate
where yearly acorn densities are being calculated. Flash-enabled cameras are installed
in 15 locations to monitor the movements and behavioral patterns of mammals.
Researchers are particularly interested in the behavior of black bears in the forest.

Access to the Forest Learning Zone is restricted in order to minimize human impact
and help the forest achieve a natural primary-growth state. Visitors are allowed in
only as part of guided walks, and they must clean their shoes before entering to
prevent the accidental introduction of non-native seeds or diseases.